A total of 30 drivers from across North America have converged on Miami Valley Racing over a three-day period to compete in the third annual North America Driver Championship. The event includes three drivers from Hoosier Park, including defending champ Trace Tetrick. 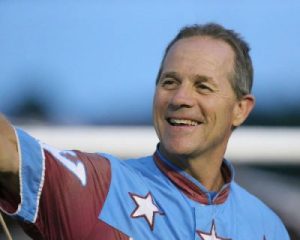 Sam Widger, third place finisher in the driver standings in 2018, is among the top 10 after the first day of competition in Miami Valley Racing’s North America Driver Championship. (Photo by Linscott Photography)

However, in 2019, it’s Sam Widger who is getting a lot of accolades. Hoosier Park’s third leading driver from 2018 is currently tied for fifth place with a total of 55 points after the first day of competition. Widger is tied with Jeremy Smith.

Michael Oosting, who was also a top 10 driver from Hoosier Park in 2018, currently sits just outside the top 10 with 47 points, just two points behind Drew Monti in 10th place with 49 points. Tetrick has 46 points total.

Early in the competition for the second day of action, Smith had one win to his credit while Simon Allard scored two wins on the program. Allard only had 20 points after the first day of competition, but two wins adds 60 points to his tally and most likely earns him a spot in the top 10 to advance to the championship round set for Tuesday, Jan. 8.

After the top 10 is decided, a draw will take place for the final round.