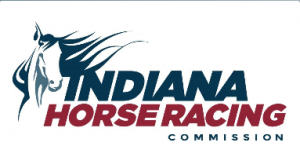 The Indiana Horse Racing Commission met Thursday, May 28 and approved the revisions to the fair circuit, late closers and Sires Stakes in the state of Indiana for 2020.

The 2020 ISFC schedule was previously announced as the new Governor’s Cup Series at the Indiana Standardbred banquet in late January. Although the plans included increased purses, the purse money has gone back to the purse structure from 2019 due to recent Covid-19 shutdowns.

The ISFC begins Saturday, July 4 at the Converse Fairgrounds at 11 a.m. The program will feature two-year-old pacers and three-year-old trotters. The initial program will be followed up with a 2 p.m. event Sunday, July 5 featuring two-year-old trotters and three-year-old pacers. The second stop is slated for Wednesday, July 8 at the Jay County Fairgrounds in Portland, Ind. featuring all age groups and classes. Other locations holding ISFC events include Kentland, Goshen, Frankfort, Shelbyville, Corydon, and Connersville. Converse, Shelbyville and Frankfort will each hold a second round of action following the traditional Indiana State Fair Grand Circuit week August 12 and 13.

A total of 12 locations will include the ISFC for 2020, not including the Grand Circuit and Elite Series at the Indiana State Fair in mid-August. The series will conclude with the top point earners competing in the Governor’s Cup Series Championships slated for Thursday, Sept. 10 at 11 a.m. at the Indiana State Fairgrounds. In addition to the $20,000 championships, consolations for $8,000 will be held during the program as well.

The IHRC also approved the revamped late closing program beginning with The Jerry Landess preliminary round Wednesday, June 17, the day after the opening day racing program at Harrah’s Hoosier Park on Tuesday, June 16. A total of four late closers will be held in 2020.

Indiana Sires Stakes action begins Wednesday, July 1 with the three-year-old filly trotters. Purses and preliminary legs have been adjusted for the 2020 racing season. The Super Finals are set for Friday, Oct. 16. Consolations are slated for Saturday, Oct. 17.

For a full list of dates and events, go to the ISA’s Website or the Standardbred Breed Development section of the Indiana Horse Racing Commission Website.