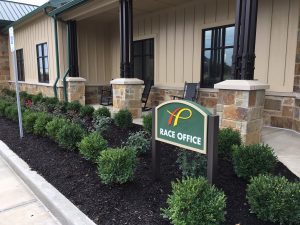 Harrah’s Hoosier Park Racing Administration Building houses the licensing office for IHRC. Pre-meet office hours may be found on their Website or in the racing office.

The IHRC will be open 10AM – 2PM daily beginning Tuesday, March 10 through Friday, March 13. With the first round of qualifiers set for Saturday, March 14, the IHRC office will adjust their hours to 8AM – 12PM Saturday.

The second week of training at Harrah’s Hoosier Park will see IHRC office hours on Monday, March 16 from 9AM – 2PM and 9AM – 3PM Tuesday, March 17. Also, beginning on Tuesday, March 17, all individuals entering the barn area will be required to have their license to receive access to this area.

Night-time qualifiers for a dress rehearsal is set for Wednesday, March 25 with IHRC offering license hours from 3PM – 7PM. Opening night is Friday, March 27 and the IHRC will move to their regular hours Thursday, April 2, which will be 3PM – 7PM on racing nights.