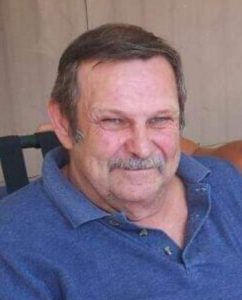 Patrick Pierson was a former trainer in Indiana and Ohio and worked and raced with Jerry and Jimmy Landess in the 1970’s and 1980’s.

Pat grew up on a farm and was an animal lover which led him to his career as a harness racing trainer-driver. He was an accomplished trainer and traveled the country. He worked for Hall of Famer Jerry Landess and raced with numerous well-known trainers in the 1970s and 1980s at Raceway Park.

Pat was also a taxi cab driver which he loved, especially meeting people. He was a fun-loving guy and lived life to the fullest and would not hesitate to indulge in an adult beverage or smoke. “Pierson’s Here and Full of Beer!”

Pat was a gruff teddy bear of a man who deeply loved his wife Patricia whom he married February 2, 1995 and she survives him. He took great pride in raising their granddaughter Josalyn.

A Celebration of Patrick’s Life will begin at Castillo Funeral Home, 1757 Tremainsville Rd. in Toledo, Ohio Saturday June 27, 2020 after 4pm (visitors are asked to wear mask, guest please limit your time so that others may have a chance to pay their respects and social distancing will be observed inside facilities) followed by A Celebration of Life Service at 6 PM.