The Indiana Standardbred Association (ISA) is now taking nominations for the Board of Directors for 2020. All nominations or applications must be received in the ISA Office by Friday, Aug. 23, 2019. 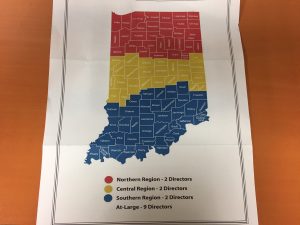 Nominations are now being accepted for the ISA Board in all districts. Nominations should be submitted to the ISA Office by Friday, Aug. 23 2019.

The ISA Office sent out notices about the nomination process to all ISA members earlier this week. Richard Keaton serves as the chairman of the ISA Nomination Committee and is assisted by ISA Directors Randy Hatton and Dr. Alan White.