The Newton County Pun’kin Vine Fair in Kentland, Ind. will celebrate its 100th anniversary this season, and included in the lineup of activities will be harness racing July 13. 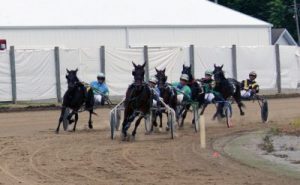 The magazine interviewed Barbara Wilfong for the piece in the magazine, which is distributed state wide. Wilfong and her husband, Lynn, are very involved in the progress and success of the racing program at Kentland. Lynn is the announcer and Barbara will conduct several contests and giveaways during the races in the grandstand.

The tally of participation was up in 2018 from the previous year with 48 horses competed in nine races for $27,000 in purse money.

For a full look at the article featuring the Newton County Fair, go to https://travelindiana.com/indianas-biggest-little-fair/