On the eve of the highly anticipated presidential election, the Indiana Standardbred Association (ISA) tabulated votes sent in recently for the vacant spots on the ISA Board of Directors.  A total of five positions were open in the At-Large category with all four incumbents getting re-elected. 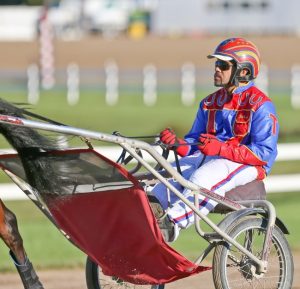 Driver-Trainer Robert Taylor has been elected as a new director for the Indiana Standardbred Association in an At-Large position, effective for 2021. Photo by Dean Gillette

Incumbents John DeLong, Chad Gooding, Randy Hatton and Dennis Petty were all elected for another three-year term. Joining them as a new ISA Director At Large is Robert Taylor.

The 15-member board for the ISA holds elections each fall for open terms, which vary from year to year. The new ISA directors will assume their responsibilities at the January ISA Board Meeting. At that time, an election for officers for the 2021 season will be held. Committees will also be established at that time.