As Indiana horse racing turns the page on another year of action, the 2020 season is bound to bring big things for the horse racing industry. Here is a list of five major events that will affect the current racing landscape in 2020 in chronological order. There is a lot to look forward to in the new decade. 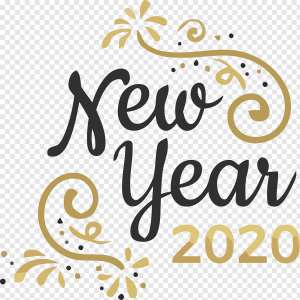 Indiana horse racing has a lot of big things on the horizon for 2020. Best of luck to everyone as a new decade of racing kicks off in 2020.

Table Games go live. With the start of 2020 comes a big boost to the casino operations at both Harrah’s Hoosier Park and Indiana Grand. Beginning at noon, live table games will be added to the menu of options on the casino floor and thus will ultimately add more money into the racing programs in the state. How much and when that money will begin to affect the sport remains to be seen as 2020 gets underway.

Pitman leads IHRC. Deena Pitman, longtime member of the staff at the IHRC, was announced as the successor to Mike Smith as the new executive director of the organization in the second half of 2019. Smith stayed on to assist Pitman in her transition into the role that has only been held by three people in the 26-year history of the organization, and Pitman is the first female to hold the title. She has flawlessly stepped into the role and will see her first full year of operations from her new seat in 2020. It will be fun to see her take on Indiana racing and her vision for the future of the sport.

Enhancements to Indiana purses and events. At the final IHRC meeting in December, the plan presented by the Indiana Standardbred Breed Development was fully approved and will show increases in many of the current programs, from late closers to the Indiana Sired Fair Circuit to Indiana Sires Stakes and more. The added monies will increase interest and incentives to be part of the Indiana racing program moving forward.

Eldorado Resorts to purchase Indiana tracks. Fresh on the heels of the acquisition of Harrah’s Hoosier Park and Indiana Grand by Caesars Entertainment in 2018, the companies will once again see an ownership change in the first half of 2020. Eldorado executives were in attendance for the final Indiana Horse Racing Commission (IHRC) meeting of 2019 in early December and are already becoming familiar and engaged with the inner workings of the racing industry in the Hoosier State.

Breeders Crown returns to Indiana. When racing starts to wind down for the 27th season of action at Harrah’s Hoosier Park in October, the action will heat up with the return of the prestigious Breeders Crown Championships. The best of the best will ship in for a two-night extravaganza and expect to see more participation from Indiana sired horses this time around. Breeders saw the success in 2017 from local horses and many have been nominated to the Breeders Crown in anticipation of being a starter in 2020.