Twelve races have been set for the monumental racing program at the Pun’kin Vine Fair in Kentland Saturday, July 13. The Newton County Fair racing program will kick off the 100th anniversary with additional activities beginning Monday, July 15. 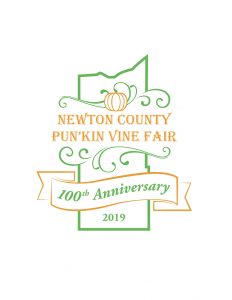 The Newton County Fair will kick off its 100th anniversary celebration with harness racing at Noon Saturday, July 13.

Two-year-old filly pacing standout Tropical Tracey is featured in the first race of the day, which has a planned post time of 12 p.m. The Always A Virgin filly has four wins and one second in five starts in her first year of racing. Her best time of 2:00 was taken at the Shelby County Fair. Clifton Bell drives Tropical Tracey for trainer Curtis Rice. They start from post five in the five-horse lineup for the event opener.

Three-year-old pacing fillies will be led by Tellawoman and driver Joey Putnam. The Tellitlikeitis filly has won five of her 10 starts this year with the quickest mile set at Shelbyville in 1:58.3. Her career best time was taken last year at two in 1:55.0 at Hoosier Park. Joe Putnam trains Tellawoman and co-owns the filly with Michael Lee of Marshall, Mich. and Joey Putnam of Pendleton, Ind. Tellawoman starts from post five in the eighth race of the day.

Horsemen will be greeted Saturday with a free breakfast before racing gets underway. Lynn Wilfong will take the stand as the track announcer to kick off the racing program at noon. Each winner on the day will receive a special plaque commemorating the 100-year anniversary of the fair.