Jon Schuster, 61, longtime vice president and general manager of racing at Indiana Grand, passed away at his residence in Shelbyville, Ind. Wednesday, Dec. 25, 2019. He was born on September 5, 1958 in Brazil, Ind. and married Janie (Scott Schuster on Dec. 15, 2005. 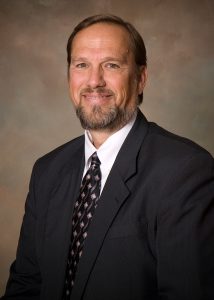 Jon was a 1076 graduate of Warren Central High School and the University of Arizona’s Racetrack Industry program in Tucson, Ariz. He worked in several capacities in racing, including a position at Penn National before becoming the first and only general manager of racing at Indiana Grand when it opened in 2001 with a short Standardbred meet. Jon oversaw operations of a Standardbred Season at then Indiana Downs until the meet was moved to Harrah’s Hoosier Park in 2013. During his tenure with Standardbred racing, he supported several innovative concepts, including a turf race, all grey horse race and unique distances for Standardbreds. He, along with his wife, Janie, were very involved in the Shelbyville community and supported numerous initiatives and causes through the racing programs at Indiana Grand. In addition to his love of horse racing, Jon was an avid tennis player.

Funeral services for Jon will be at 2 pm Sunday, December 29, 2019 at Glenn E. George & Son Funeral Home, located at 437 Amos Road in Shelbyville with Joshua Georgen officiating. Visitation will be on Sunday from 1pm until the time of the service.

Memorial contributions can be made to Friends of Ferdinand, Inc, PO Box 162, Mooresville, IN 46158 or CASA-Court & Child Advocacy Group of Shelby County.