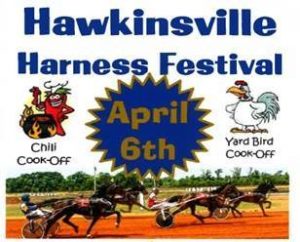 On the list from the Shetler barn is Bourbon Chase, who will be driven by Kristen Shetler. Kristen recently received her “A” driver’s license and will guide the six-year-old Palone Ranger gelding from post four in race eight. Bourbon Chase, who has a mark of 1:50.3 taken as a three-year-old, is making his first start of 2019. Kristen is also set to drive Adoring Spirit in Race 11 from Post 1.

Racing begins at Noon for the free event. A special memorial will be held for longtime horseman Dave Conkright who recently passed away. The evening concludes with a “Yard Bird” chicken cook-off, a chili cook-off, a Best Margarita contest, and live entertainment followed by fireworks.