Mike Smith, executive director of the Indiana Horse Racing Commission (IHRC) has officially announced his retirement. The head of the organization since 2016, Smith cited his decision to retire has been difficult. 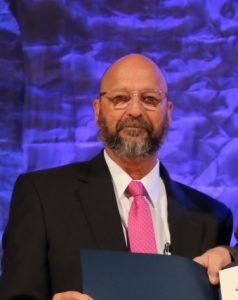 Mike Smith, executive director of the Indiana Horse Racing Commission (IHRC), announced his retirement from the organization Tuesday, May 7. (Photo by Diane Schuler)

In a press release issued by IHRC Tuesday, May 7, Smith said, “Deciding to retire has not been an easy decision to make, especially when working in an industry which I have grown so passionate about. However, I’m looking forward to spending time with family and focusing on my existing business ventures.”

Smith went on to say through the release that he will assist IHRC in finding his replacement. Applications for the position are now available through Friday, May 24. Interested applicants should have a background in the horse industry, a high level of management skills and previous experience with pari-mutuel wagering. Applications are available through the Commission Website at IHRCSearch@hrc.IN.gov.