Harrah’s Hoosier Park recently completed its 27th year of Standardbred racing Sat. Nov. 21 with impressive numbers over the abbreviated 111-day racing season. With opening day pushed back to Tuesday, June 16 due to COVID-19 restrictions, the meet posted an all-sources handle increase of more than 35 percent compared to 2019 figures. 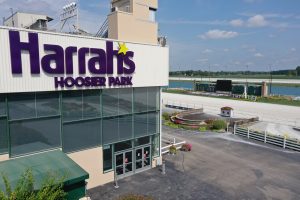 Harrah’s Hoosier Park completed its 27th season of Standardbred racing with a 35 percent increase in handle in 2020. Photo by Dean Gillette