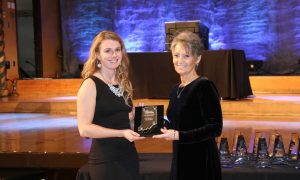 Leading the list of nominations is 54 for the Two-Year-Old Filly Pace. A total of $8, 100 elite nominations will be added to $5,000 from Breed Development and another $2,000 for Breeders Awards. Entry fees at the time of the race will determine the final purse money for the freshman filly pacers.

In the three-year-old pacing filly ranks, several frequent visitors to the winner’s circle last season can be found on the nomination list, including Dojea Rita. The Tellitlikeitis filly trained by Donna Loney was a perfect 10 for 10 as a two-year-old. She has already scored two wins in 2019, lowering her career best time to 1:53.3 at Harrah’s Hoosier Park. Joe Smith and Michelle Graves own Dojea Rita.

Isitlikeitlooks, a winner in eight of 10 starts at two last year for trainer Jeff Dever, can be found on the list of eligibles for the three-year-old colt/gelding pacing ranks. Also a son of Tellitlikeitis, he has already scored one win this season at Harrah’s Hoosier Park. Isitlikeitlooks is owned by the partnership of Jeff and Kathy Cranor along with Brian and Jane Mast.