A total of 32 golfers making up eight teams participated in the annual ISA Horsemen’s Golf Outing Monday, Sept. 30 at The Players Club at Woodland Trails in Yorktown, Ind. The afternoon event ended with drawings and food provided by the Indiana Standardbred Association (ISA). 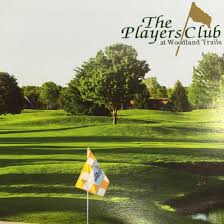 A total of 32 played in the annual ISA Horsemen’s Golf Outing Monday, Sept. 30 at The Players Club in Yorktown. Photo by VisitMuncie.

Coordinated by ISA Horsemen’s Representative John Merkel, actual scores were not tallied, but Merkel did note that Todd Warren’s team had the lowest score at the end of the 18-hole event.

“We didn’t really keep score this year, but we had a lot of giveaways, so we had drawings for the items after the golf outing,” said Merkel. “ISA and (Harrah’s) Hoosier Park supplied a lot of things for us to give away. It was a nice day for a golf outing. It was a little warm, but there was a nice breeze, and everyone seemed to have a great time.”

Following the golf, ISA Director Randy Hatton and his wife, Vicky, organized a meal for the golfers. Randy handled the grilling duties while Vicky coordinated the other offerings, all provided by ISA.