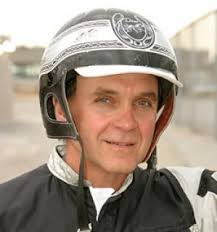 Eash started his day off with a win behind two-year-old pacing filly Rockinattheryman, winning by a head over GD Stardust and Andy Shelter in a time of 1:58.3. Eash returned to the winner’s circle in the fourth race of the day, the second division of the two-year-old filly trot, winning the event by one and one-half lengths in a time of 2:03.0.

Following a pair of wins by the Alex Udell-Jack Myers partnership with J-S Swanman and J-S Power Chip in the two-year-old colt trotting ranks, Eash earned his third win of the day with ER Sam in the first division of the two-year-old colt pace in a gate to wire win in 1:54.3. Eash completed his four-win day with a victory behind Rose Run Toni in 1:58.3, scoring the win by a neck over Rail Desire in the three-year-old pacing category.

Other big winners on the day included a driving-training double from Doug Rideout with Mrs Darcy in a division of the three-year-old filly trot, scoring a gate to wire win in 1:58.0 followed by a win in the only three-year-old trotting colt division with Northern Skyway, who stopped the timer in 1:56.3.

The fastest mile of the day was turned in by Hilltop Ginger and trainer-driver Jay Cross. Cross sat right on the back of King Lil Joe and Andy Shetler before tipping out in the stretch and rallying home for the win in 1:54.2. Woodside Banjo (Don Eash) finished second over King Lil Joe.