The 27th edition of the $225,000 Dan Patch Stakes is set for Friday, Aug. 14. The race, which began during the inaugural season of pari-mutuel racing in the state of Indiana in 1994, has drawn 34 nominations for older pacing horses and geldings. 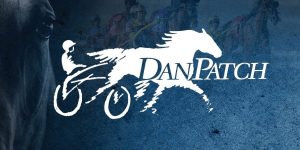 The Dan Patch started as an Invitational with a purse of $40,000. The first race was held toward the end of the two and one-half month meet in November and was won by Ready to Rumble and Trevor Ritchie in 1:53.1. The following year, Pacific Rocket and Tony Kerwood scored the win in 1:50.0 to establish a new track record, a benchmark that stood until the 1996 Dan Patch Invitational when Jenna’s Beach Boy and Bill Fahy were victorious in 1:49.4, the track’s first sub 1:50 recorded mile.

Last year’s winner was Lather Up and Montrell Teague. The duo crossed under the wire in 1:47.2, which equaled the track record at Harrah’s Hoosier Park set by Sweet Lou in the 2014 Dan Patch Stakes.

Over the years, the purse has grown and the race has developed as a major stop for the older pacing ranks. The race is now contested as a Stakes race with nominations due to the Hambletonian Society to be eligible for the event.

On the list of eligible for this year’s event are several Indiana sired contenders, including Always A Prince, Beckhams Z Tam, Shamwow, Little Rocket Man, Tellitlikeitis, Rockin Speed, and Shnitzledosomethin. An entry fee of $1,750 is due upon declaration to start, which is Tuesday, Aug. 11.

To help complement the race, Harrah’s Hoosier Park has developed an entire festival theme around the race. In 2020, several activities will take place, including food trucks, live entertainment, $100 Dan Patch Mega Bet drawings and giveaways. For those who purchase a Dan Patch program, they will receive a free Dan Patch mask. The Indiana Standardbred Association (ISA) will also provide Dan Patch Water Bottle Giveaways to the first 500 through the promotional kiosk. Vouchers will be redeemed at the gift station in the Yard from 6 until 8 p.m.