Many cancellations have been felt in the Hoosier State this year due to COVID-19 restrictions. The Dan Patch Days Community Festival, held each year the first weekend following Labor Day, was canceled earlier this year, but the Oxford Lions Club came together with a plan. The organization will hold “The 49th & ½ Dan Patch Parade” Sunday, Sept. 13 beginning at 2 p.m. 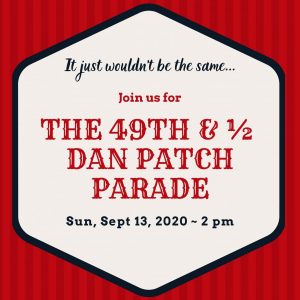 Although the town will wait until 2021 to celebrate the 50th anniversary, a Dan Patch parade will be held Sunday, Sept. 13 in Oxford. Photo by Dan Patch Community Festival

The parade is always a focal point of the festival in Oxford, Ind. Although it will take on a different look this year, the same goal of honoring the town’s famous racehorse Dan Patch, who was born in Oxford in 1896. The town is encouraging everyone to visit and watch the parade while still abiding by COVID-19 restrictions.

All veterans and non-emergency vehicles will begin the lineup on East Enota Street and down Dan Patch Drive. The parade is open to all types of entries and there is no registration required. Horses or other entrants requiring clean-up will be positioned at the end of the parade.

In addition to Oxford, Ind., Savage, Minn. Celebrates Dan Patch Days each year where he lived during the latter half of his life. The Minnesota celebration is held in the latter part of June and was also canceled this year due to COVID-19.

Dan Patch is also celebrated at Harrah’s Hoosier Park each season with the Dan Patch Stakes in early August. The property is also located on Dan Patch Circle, which was named in honor of the great pacer when Hoosier Park was being built in 1994.