Joyse Bannister, a resident of Shelby County, was recently promoted to the position of Standardbred Breed Development Program Coordinator. As a result, she was recently featured in the Friday, March 22 edition of The Shelbyville News. 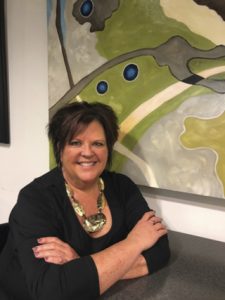 Bannister grew up in a family associated with Standardbred racing. She graduated from Purdue University with a degree in Animal Science and worked in the Standardbred field in Indiana nearly all of her professional career, first serving as secretary for the Indiana Standardbred Board of Regulations and then in the test barn at Indiana Grand Racing & Casino. She joined the Breed Development team in January 2016 and steps into the position recently vacated by Rachel Klotz, who relocated to Colorado.

Bannister is still active with her family’s smaller equine residents. They breed and show in the National Pony of America Clubs. She will also be active on the Indiana County Fair circuit in 2019 in her new role with the Indiana Standardbred Breed Development.